Editor's Note: The following article is a summary of a research paper by Michael Montalvo, a San Jose State University research associate at NASA Ames. Mr. Montalvo’s research is based in part on work previously published in ASRS Directline #5. You may request a free copy of the paper from: Michael Montalvo, NASA Ames Research Center, MS-262-4, Moffett Field, CA, 94035-1000.

■ PDC format is not standardized. It also does not conform with the way clearances are read to you from Clearance Delivery. Putting “cleared as filed” up on top followed by the Standard Instrument Departure in the remarks section is too easy to miss in the last minute flurry of activity at pushback time. Another aspect of formatting includes readability issues. For example, one pilot reported that non-standard abbreviations are often used for altitude restrictions. He suggested that critical instructions always be spelled out. Pilots’ recommendations for enhancing readability of PDCs include:

In 1990, the FAA instituted the Pre-Departure Clearance (PDC) system at a number of U.S. airports. The PDC system allows pilots to obtain a clearance without the need for verbal communication on the Clearance Delivery frequency. The program’s objective of reducing congestion on this frequency has been met. However, ASRS incident reports indicate that pilots encounter a number of difficulties in using the PDC system. Two major areas of concern are lack of confirmation of receipt of the PDC, and lack of standardization of the PDC format. Confirmation Confusion. Some airports have a confirmation process built into the PDC system; others do not. The lack of a verification process (such as the “readback” required if a clearance is obtained on the Clearance Delivery frequency) leaves no opportunity for the absence of a clearance to be discovered by the crew, or for an erroneous clearance to be corrected by ATC. An Air Carrier pilot seemed surprised to discover this: ■ I asked ATC if there was any way they would know that a crew had received the clearance via PDC. They said at the present time, there was no back-up. They assumed that when a flight called for taxi, it had its clearance. Reporters had many suggestions for ensuring that PDCs had been obtained, including:

✔ Standardize the PDC format to duplicate the ATC
format.

In the Footsteps Of
Readers will note from the number at the upper lefthand corner of this page that CALLBACK has reached a new milestone–200 consecutive issues published since July 1979. Seventeen years ago, the inimitable founding Editor, Rex Hardy, produced this little twopage blue bulletin and guided CALLBACK through its first 100 issues. At the end of CALLBACK’s second century, it’s time to recognize the involvement of another editorial talent–Marcia Patten. Ms. Patten has contributed many articles to CALLBACK during the last year, and next month (with issue #201) will assume the position of Managing Editor. She is a commercial helicopter pilot and certified rotorcraft flight instructor, with more than 1,200 flight hours in Hughes, Bell, and Aerospatiale helicopters. She is also an experienced pilot of general aviation aircraft. Perhaps as important, Ms. Patten follows in the Hardy Humanistic tradition, with a B.A. degree in Classics and a Masters in Education. We hope readers will continue to learn and profit from the incidents presented here, as the ASRS editorial staff carries on Rex’s mission of making CALLBACK “interesting, instructive, and even–sometimes– entertaining.” – Rowena Morrison, Editor

✔ Make “Obtain PDC” a specific checklist item. Some
checklists use the item, “Radio/ACARS” as the prompt for obtaining or checking the PDC. However, there may be other tasks associated with this item, and the PDC may still be overlooked.

✔ Standardize the delivery procedure for PDCs. Most
crews receive the PDC by ACARS; others pick up a printed copy at the gate or have it delivered to the cockpit by the gate agent. The variable delivery methods at different airports may provide opportunity for an oversight in obtaining the PDC.

✔ Require an aircraft to verify its PDC-obtained squawk
code with ATC when obtaining taxi instructions. Formatting Frustrations. Most pilots are accustomed to hearing ATC-issued clearances in the format required by the Air Traffic Control Handbook. However, most airports and airlines arrange the items of PDCs in different orders, requiring pilots to search for the information they need. The following reporter recognized this as a significant issue. 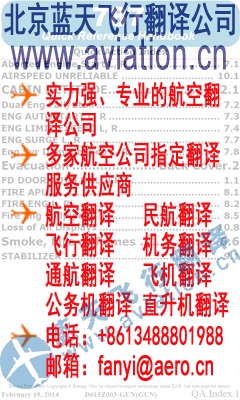